The latest country for our food and wine theme nights isn't actually a country at all....it's "OTHER" night!

What exactly does "OTHER NIGHT" mean? Well, if you've been following along over the past couple years, you will know that we've been taking a country and having an entire night of food and wine from that country. Most of the nights have been rousing successes. But what about all those poor countries that make wine and food, but didn't get represented with their own night? Well, this night was all about them.

In all cases, the countries produce a lot of wine, but it's tough to source enough of it here to have an entire night dedicated to them. So let's see what all the fuss is about! Links to all the recipes can be found by clicking on the recipe name.

I'll be honest, I wasn't expecting much here. A lot of these countries feature traditional dishes that I'm not crazy about, and wine is always a crapshoot when you don't have much to choose from. Even though this evening was being hosted by our dear friends, who know their way around a kitchen, I expected that this lineup of dishes was going to pose a challenge. Let's see if I was right or pleasantly surprised.

Oh, and there was supposed to be another couple enjoying the evening with us, but they bailed out because of the lame excuse of childbirth. I kid you not, she was literally having the baby at the time that they were supposed to be attending this event. Some people will use any excuse to get out of things, won't they??


Full disclosure: I despise chick peas. So.....not much chance I am going to love this dish made almost entirely from chick peas. My wife, however, who loves chick peas, loved this dish, and said it paired well with the wine. 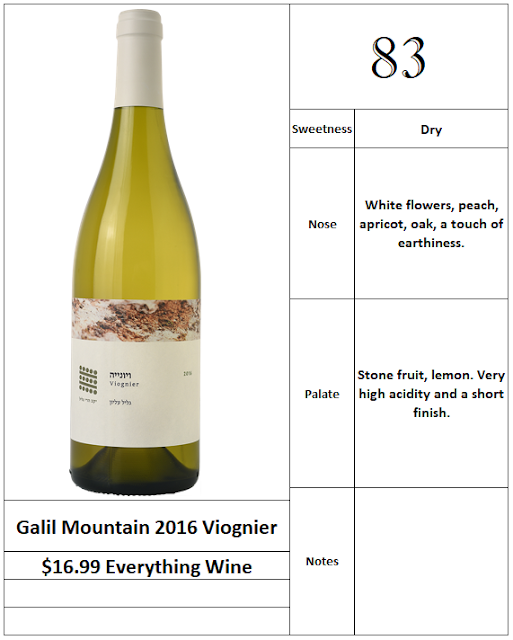 These were really tasty, and the minty yogurt dip gave them a beautiful tang. Liked these quite a bit. 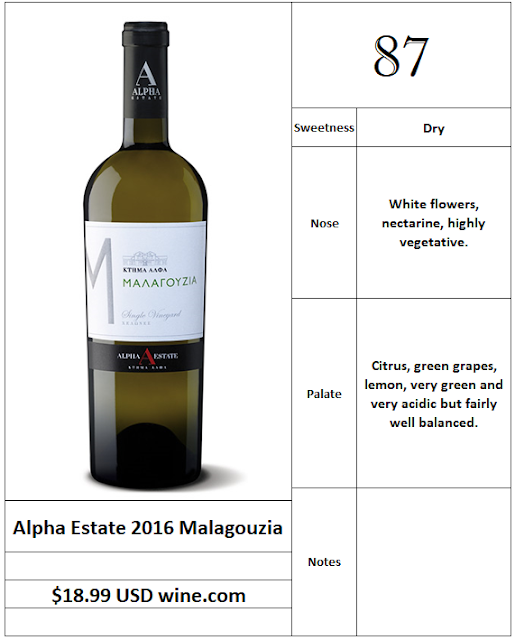 The chicken was very juicy and tasty, but the Rice Pilaf was the absolute star of this dish. Seriously, I could have just eaten nothing but that rice all night long and been totally satisfied. It was phenomenal. The wine was one we had tasted (and bought) at last year's VIWF. 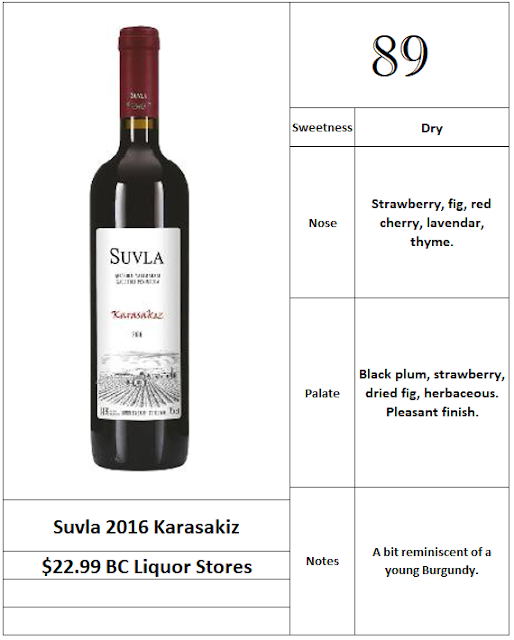 Yum yum yum yum yum. These were just as tasty as the name implied. Served on fresh, homemade tortillas. Delish. As for the wine, our friends go to Mexico just about every year and picked this bottle up. Not traditional wine and very sweet, but it was an interesting adventure to taste it. 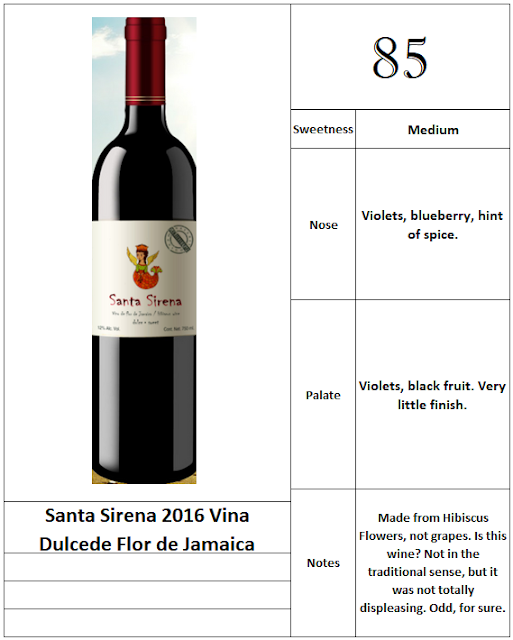 We also tried this wine with this course; another sweet red, although not nearly as sweet as the one from Mexico. 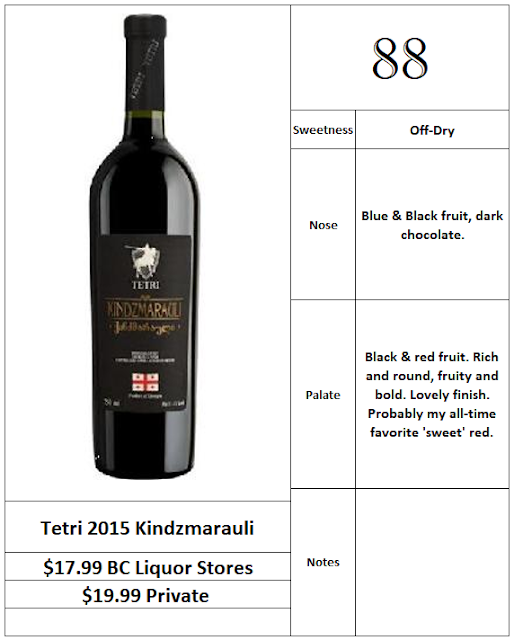 Hands up, who out there has to look up where Moldova is on a map? Just for the record, most of you who don't have your hands up are liars.

Kind of a Romanian-style Cabbage Roll, frequently enjoyed in Moldova. Some of the best cabbage rolls I have ever tasted. Scrumtrulescent. Thankfully, they didn't need wine, because this one was undrinkable. 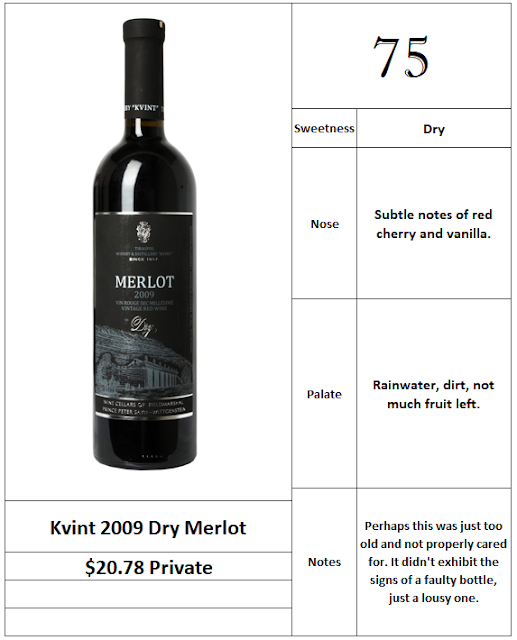 Another fabulous dish. I tell you, with the exception of the chick peas, our friends outdid themselves on the menu tonight. If only the wine had been able to stand up to the quality of the food!! 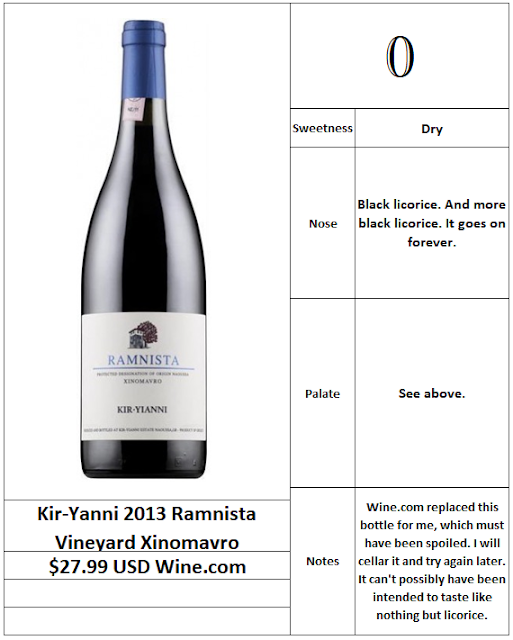 
So there you have it, our "theme nights" have come to an end.....until we start over!! We have also discussed having a "best of the best" night where we take our favorite dishes from all the theme nights and try pairing them with different wine. After that, we will start again, with the proviso that whomever hosted each individual country last time cannot host them again. It will be like starting from scratch!

I was pleasantly surprised at how much of the food from these countries I really enjoyed! As for the wine, well, except for the red from Greece that was faulty, it was basically about what I expected. Having said, that, I'll certainly never regret trying new things.

Next up for the blog, still have a lot of wine from Disneyland to report on, plus another huge random catch up entry, and the Okanagan trip continues at Arrowleaf. Stay tuned, true believers!