Tasting of a couple BC wineries at Sardis Park VQA this weekend; one winery I was very familiar with, and one that I had never tried before. Let's see how they worked out.

First up was Desert Hills, a winery we visited during our Okanagan tour last June. Of the five wines I was going to taste today, I had tasted three of them when they were first released. Those reviews are here. Let's see if a little more time in the bottle made a difference. First I'll start with the two I had not tasted before:

Crisp and clean, the Viognier explodes with aromas of orange and citrus. Flavors of peach and some melon. A touch of minerality on the finish. Very nice. 87.

An interesting blend of Merlot (40%), Cabernet Sauvignon (20%), Syrah (20%) and Gamay (20%). Berries on the nose and palate. The Gamay comes through, which is a positive or negative depending on your opinion of Gamay, I suppose. 84.

Now, to the three I had tasted in June.

These first two didn't change from my first tasting in June, so I'll just copy my previous review of those:

Desert Hills 2013 Gewürztraminer ($22.90)
Recently awarded "white wine of the year" at the 2014 All-Canadian Wine Championship for a reason. Some spice and roses on the nose, with lychee and citrus fruits on the palate. One of the best of this varietal. 89.

Desert Hills 2010 Cabernet Sauvignon ($29.90)
Cassis and a hint of mint on the nose. Berries and black currants on the palate, with a silky mouth feel and long finish. 87.

The last one I tasted did improve quite a bit from my previous review.

Desert Hills 2010 Merlot ($24.90)
Black cherries and cassis on the nose and palate, with a bit of vanilla and some cloves on the finish. Full bodied and smooth. Will improve with some more bottle time. 85.

Desert Hills 2010 Merlot ($24.90)
I was right about the bottle time making a difference; the tannins, which were previously a bit harsh, have smoothed out nicely, leading to a long and luscious finish. Will age gracefully for another 4-5 years I'm sure. 89.

I left the store with a bottle of the Merlot and we enjoyed it that very evening with a nice New York Steak and roasted fingerling potatoes. Excellent pair.


The following day, I tasted some wines I had never experienced before, including the first 2014 that has arrived at the store. The winery was Baillie-Grohmann, from Creston, BC.

An interesting blend of Pinot Gris, Schoenberger and Kerner. Tropical fruit, flowers and lychee on the nose. Fresh and crisp. For a brand new release, it's already good and a little more time in the bottle can only smooth it out further. 87.

Baille-Grohman 2013 Gewürztraminer ($19.99)
Roses and a bit of spice on the nose. Rich in texture. Some tropical fruit comes through on the palate. 84.


Dark fruits, plum, and cedar on the nose. Palate brings black cherries with a touch of vanilla and dark chocolate. 84.

Interestingly the brand new 2014, which is probably still suffering through a bit of bottle shock, was my favorite of this winery's offerings by a mile. It's an exciting time of year as the new wines start to show themselves in stores. Spring is coming (although you may not be able to convince those in the east of that)! 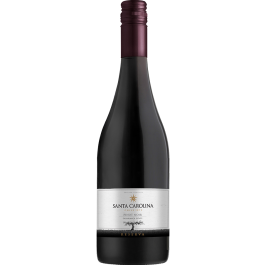