Recent tastings of some great BC wine including some special ones

Catching up on a couple tastings at my usual haunt, Sardis Park VQA.

A couple weeks ago, Church & State was in the house; being members of their wine club, we had already tasted and rated most of what they were pouring, but there were a couple that I had not yet sampled:

Nectarines and peaches on the nose with a floral touch. Intense citrus notes on the palate. Rich and fruity with some citrus as well. 86.

Lemony notes dominate the nose, with some grassy tinges as well. Citrus and guava on the palate. Long finish. This is the winery's first attempt at this varietal and it is very promising indeed. 85.


Yesterday, they were pouring a bunch of random wines that are not available in the store; only available to their special Club SPW wine club. Some really nice stuff!

Pear and citrus on the nose, with hints of toast. Pineapple, citrus and honeysuckle on the palate. A pretty darn good effort. 85.

Pear and a bit of flint on the nose. Tropical fruit on the palate in this medium bodied wine. Quite nice. 86.

You read that right, a new release Chardonnay from 2011. Tropical fruit, toast and butterscotch on the nose. Pineapple and buttery notes on the palate. Just beautiful, I took two bottles of this home and already drank one! 90.

Black cherry and blueberry dominates the nose, with a touch of smoke. Big plums on the palate. Finishes long and lovely. 88.

Plum, raspberry, strawberry and pepper on the nose. Plums and strawberry on the palate with a touch of peppery notes on the finish. Nice now but made to age for up to a decade. 87.

Today, Stag's Hollow came to town to taste their wares:

First up was a Riesling that I previously reviewed here.

Citrus and guava on the nose and palate. Papaya also joins in on the palate. Full, rich mouthfeel. 85.

Aromas of bell pepper and red fruits, particularly raspberry. Some smoke as well. A touch of tobacco and smoke on the palate. Very nice now but should age gracefully for a few more years. 88.

Plush red fruits with some smoky and floral notes. Blueberry and strawberry flavors on the palate. The only single-varietal Grenache in BC as far as I know; reminiscent of the 2001 Cotes du Rhone we opened up last week. 89.

Blackberries and white pepper dominate the nose and palate. Smoked meats and earthy tannins. A very nice example of a Rhone-style Syrah, particularly impressive given the cooler vintage. 90.

Brunch and lots of extras

Last Sunday we were fortunate enough to be invited over to the home of some new friends, also wine-rs, for brunch.

The food was universally excellent, as they served the sort of stuff you might expect at brunch. Oh, and there was bacon.

Six days later I am still not totally recovered from the bacon coma.

So we brought some wine along, and they had some nice stuff as well.

It reminds me of something I recently saw on Facebook; one of those road signs outside a bar that read:

"Go ahead and have a drink at 9 AM, because the Beastie Boys fought for that sort of thing".

So a few years ago, we were touring the Okanagan and came across Arrowleaf Cellars, and tasted their Late Harvest Vidal. We were told by the very knowledgeable guide that the perfect pairing for that wine was Belgian Waffles.
Wine with Belgian Waffles?

So since we were going for brunch, we brought that. We didn't expect them to actually serve Belgian Waffles, but it seemed appropriate.

Intense notes of honey, apricot and caramel. Sweet but not icewine-sweet, with very balanced acidity.

We consumed so much wine I am not sure I can even remember exactly what we had, but below are some notes on what I can remember.

Aromas of cranberry and strawberry. Lots of strawberry and pomegranate on the palate. Frizzante is not always my thing, but this was a lovely way to start the day. 86.

An odd blend of just about every variety of white wine you could grow in BC. Lots of fruit like gooseberry, strawberry and pears. Citrus notes join in on the end. A very versatile white which goes with anything and is a real steal at this price. 86.

Fruity and crisp, spending just enough time in oak to give it a touch of a buttery flavor without overwhelming the fruit. A bargain at that price. 87.

If you don`t know the story behind this wine yet, here is an interesting article about it.

Last year this was called `Trebella Red`and although they slightly changed the blend, it`s the same basic wine. Fruity and delicious. Finishes long and smooth. 87.


Brunch (and wine) was so good we were there for hours. It almost turned into Dinner. Nice to spend some time with people who enjoy wine like we do.

On the way home, since we had clearly not enjoyed enough wine, we stopped at our usual haunt as they were tasting a handful of new releases.

Notes of flowers, lemon, grapefruit and peach. Citrus dominates the palate. Off-dry but not sweet. Always a big seller. Another really good value. 86.

My wife would undoubtedly give it a bump of a point or two, she is a bigger fan than I am.

Slightly off-dry (IMO, very slightly), featuring aromas of pear and citrus. Apple and lemon on the palate with fresh minerality. This is the winery's best selling wine, which is saying something given the other wines they produce. 89.

My wife had been fairly unimpressed with this wine in the past, but she loved this one. Finally she is letting me buy some :-)

Some strawberry and a lot of grapefruit on the nose and palate. Very crisp and very dry. A little more grapefruit than I like but if you are a fan of grapefuity wines, you will probably enjoy this. 83.

This winery is one to watch, as Grant Stanley of Quails' Gate fame is heavily involved which almost guarantees quality.

Cherry, plums and a hint of vanilla on the nose. Finishes long and smooth. It's still young and I'd be interested to taste it after a long decant or a few years of aging. This, along with their "TWO" and "THREE" releases, is a well-received wine but it has not knocked me over yet. It's not bad, but maybe it just needs time to really develop. 87-89.

Tasting of a favorite BC winery

Yesterday was a tasting of some new stuff from Summerhill Pyramid Winery, one that I've visited many times and usually been quite impressed with. Let's see how this lineup shook out.

Green apple dominates the nose and palate, to it's detriment IMO. This is a brand new wine, just bottled. so the overwhelming tartness should dissipate as it settles into the bottle. It's not undrinkable now by any stretch, but not the style of Riesling I prefer at this point. I will definitely try this again at a later date. 84.

Orange blossom, honeysuckle, peach and apricot on the nose and palate. Off-dry and lovely, this is a reliable varietal if you like slightly sweet whites to enjoy on a nice patio day. 88.

Another brand new release that needs some time but is showing a lot of promise. Black cherry, vanilla and plum on the nose. Finishes long and luscious. A ton of potential once it ages appropriately, and it's drinkable now too. 88-90.


They also tasted the 2011 Pinot Noir which I thought was so bad I couldn't even drink it, which is surprising because I have enjoyed this varietal in the past. I'll give it another chance when we visit the winery later this summer, I'm sure it will be better.

One of these days I am actually going to catch up on everything, but for now, here are some reviews of wine recently enjoyed.

A note on the prices I've listed; as I'm sure most of you are aware, April 1st brought many changes to the BC Liquor system, and one of those changes was the removal of taxes from the shelf price of wine; so take the prices below with a grain of salt. Some of them were purchased at the "old" prices and some of them at the "new" prices.

Enticing aromas of pineapple and stone fruits. Luscious notes of peach, nectarine and citrus on the palate. Just a touch of spice on the finish. 89.

After my wife loved this at the WineFest, we went in search of it, and finally found it at Liberty Wines on Granville Island, where we picked up three. Not sure they will last long.

This was one of the first bottles I bought to put away and age. It was recommended to me by a knowledgeable clerk at Liberty Wines in Park Royal, so I bought one and put it into our offsite storage to keep for a while. At the WineFest, the d'Arenberg rep suggested that, since 2008 was a fairly cool vintage, it might be close to peaking; so we pulled it out of storage and cracked that baby open last night, enjoying it was some filet mignon.

Notes of leather, blueberry and cigar box greet the nose. A complex palate of black olive, blackberry and raspberry. Finishes very long. I can't say for sure if it has peaked, but it's tough to imagine it would improve a whole lot. 92.

Floral notes and minerality dominate the muted nose. Stone fruits very noticeable on the palate, with more minerality that expected and some hints of peach and apricots. 87.

I previously reviewed the 2003 vintage and I still consider this a "best buy" at this price. Cherry, strawberry and leather on the nose and palate. Finishes beautifully. A really ridiculous price for this wine that is easy to find in any BC Liquor Store. I highly recommend picking a few of these up. I think it is even better than the '03. 89.

Another reliable entry from a reliable winery. Some notes of cedar, cherry, pepper and herbs. Pairs beautifully with grilled meats. 87.

I don't claim to be an expert but 20% Malbec seems extraordinarily high in a blend like this. Not being a big Malbec guy I was skeptical, but I was also very, very wrong. This is delicious. Lots of black currant and blueberry on the nose. Currant and plums on the palate. Very juicy and fruit-forward. 89.

I have said before, in speaking about the 2008 and 2009 vintages, that this is the best $35 wine I have ever tasted. The 2012 is no exception. Very limited, wine-club only (I believe), so good luck finding it; but if you do, pick up a case. And call me and get me a case too!!! One bottle arrived in our recent Club Q shipment and we opened it this week. After aerating and decanting it, as it's still rather young, we found it absolutely fabulous. Strawberry and raspberry aromas and flavors explode. Just a hint of spice on the long, lovely finish. This will improve with age, but it doesn't have very far to go. 92. 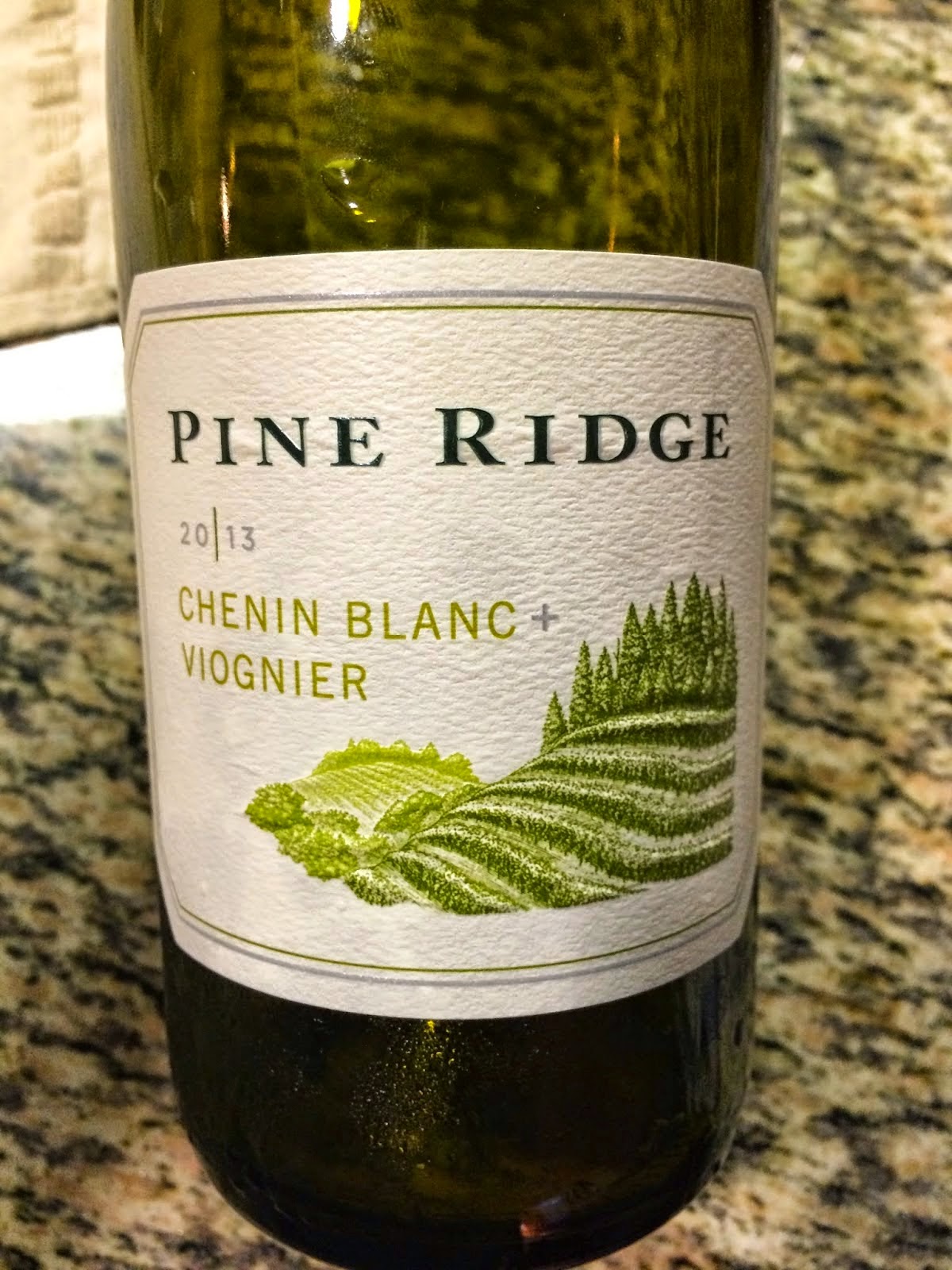 Very similar to the 2013 vintage which I have previously reviewed. Some peach and flowers on the nose. Hints of pineapple and a touch of grapefruit on the palate. Well balanced acidity. 89.

Wet stone, currant and citrus on the nose and palate. Air brought out some floral notes. Some nectarine and ginger flavors. Lacks the buttery notes we like in a Chardonnay and the fruit is a tad muted. It's good, but not superb like some other Hartford Chardonnays we have enjoyed. 86.


Thanks for reading! Hope you enjoyed the reviews.