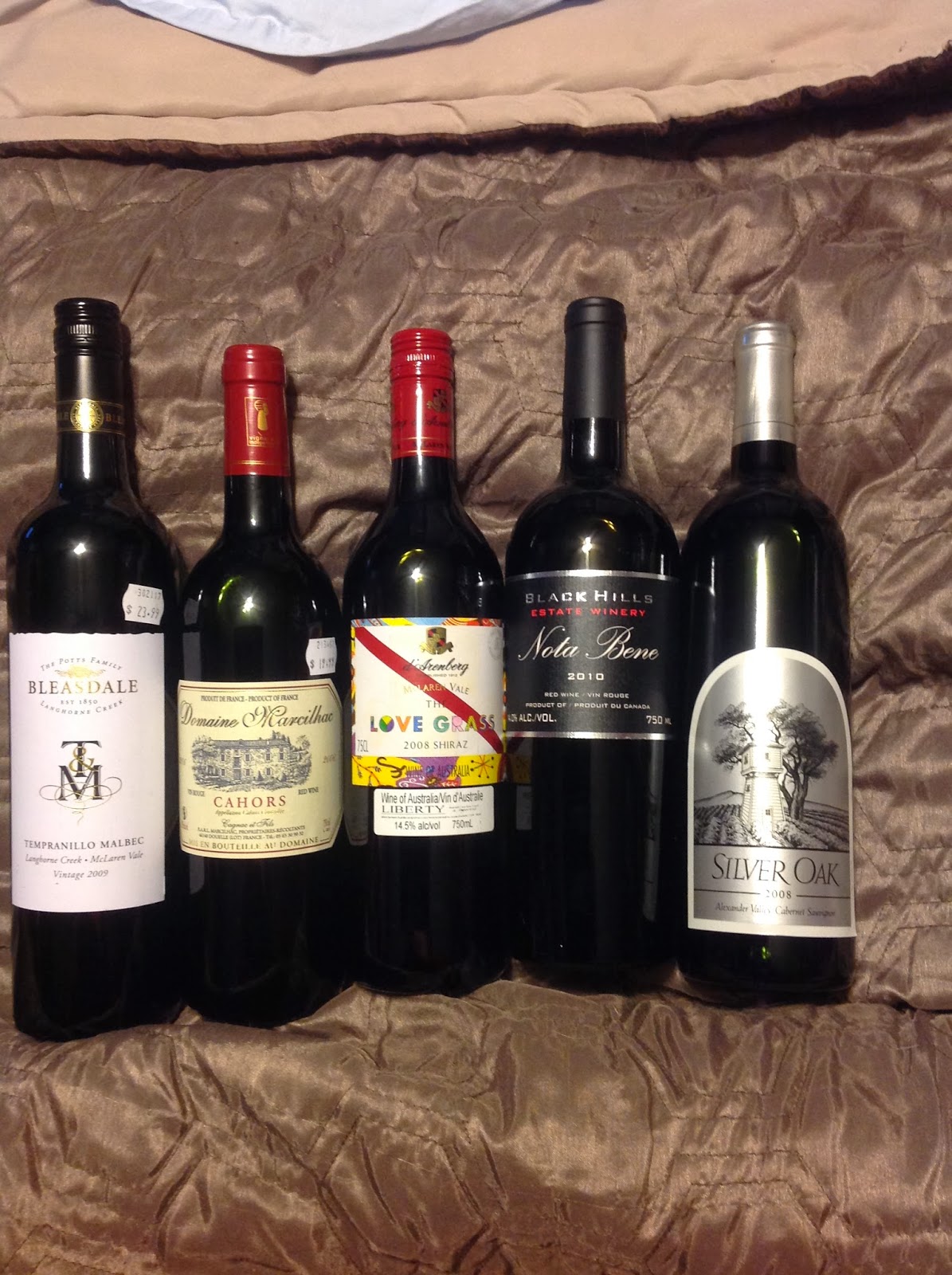 Took a good friend out for breakfast for his birthday (which happens to be today; happy birthday!) yesterday in North Vancouver, where I was born and raised. Being in North Van gave us the opportunity to do something that we don't get in Chilliwack: to hit some seriously fabulous wine stores. Don't get me wrong, my favorite wine store is in Chilliwack, but it's BC VQA only, so if you want to peruse wines from other parts of the world, there isn't much out here except some smaller government run liquor stores that don't have much selection.

So after breakfast, we all headed up the street to Everything Wine, one of those wine stores that you could easily spend an entire day in and not really get to see everything. It's just huge. In the back of the store is the "vintages" room, where the REALLLLLY good stuff is kept. And in that room, I was able to find the exact thing I was looking for, the 2008 Silver Oak Alexander Valley Cabernet Sauvignon on the far right of the picture. This is exactly the wine that Tracey and I had at Victoria & Albert's in March; if you've read this blog, you know the story. If not, check out either of these two posts:

As I was checking out some of the other fine wines in the store, my buddy went and quietly bought us that bottle for our Anniversary! What a guy.

So, already in possession of a $75 bottle of wine for nothing, I decided to go check out the BC wines and see if they happened to have any older vintages of Black Hills Nota Bene available. And as you can tell from the picture, they had one bottle of 2010 left! That one goes into our library, right next to the 2011 vintage we already had. Our Nota Bene collection has doubled :-)

Already a pretty good day, we headed to Park Royal to do a little shopping. First and foremost, to Liberty Wine Merchants, a wine store that couldn't be much different from Everything Wine except for one thing; they both have great wine! Liberty is a tiny store; and I mean tiny. I can only imagine they have a lot of broken bottles every week from customers knocking them over sliding through the tiny aisles. They make excellent use of their space though, as they have an incredible selection of wines at a variety of price points (more expensive than inexpensive, but you can get some cheaper bottles there too if that's what you like). You won't find any boxes of Hochtaler, of course (thank God).

After talking to their two very knowledgeable staff members, they made some recommendations which we picked up. Left to right from in the picture:

I will report on these once I've had a chance to taste them. I think I'll put the Shiraz away for a few years, but the other two probably won't sit for long, the information I can find on them suggests that they are ready to go now.