Our first visit to Grizzli. If you've even been there, you've probably marveled at a couple of things. First, the enormity of it....not just the tasting room, but the parking lot. Whoever built this place thinks a lot of their wine, or at the very least, they think they'll be able to sell a lot of it.

Who built it? Well, the owners are currently being tried on smuggling charges in China.

Let's ignore whether the charges of under-valuing some imported icewine warrants criminal charges at all....it's China. Guilty or not, you are guilty in China. This couple is going to need some serious help to ever get back to Canada. I wish them luck.

So, what does that mean for the winery? Too soon to tell, although the owner is also listed as the winemaker on the website; if that's accurate, they're going to need to find a replacement winemaker, and soon.

It's not too soon, however, to get a sense that this place was constructed for the wealthy Asian client. The wines are fairly pricey (wait until you see the price of some of the icewines), the tasting room is the size of a football field, there are more employees than customers, and at least 3 of the employees we encountered (including our tasting guide) were clearly natural Chinese speakers. Not that there's anything wrong with that, of course.

Does the wine stand up to the scrutiny? Let's see.

Chocolate, baking spice, cedar and caramel notes on the nose. Black cherry joins in on the palate, framing chocolate and nutmeg flavors. 89. 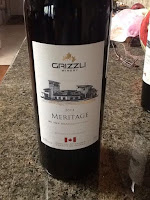 Aromas of cherry, red licorice and leather. Red cherries abound on the palate, with a hint of baking spice, vanilla and mint on the finish. 88. 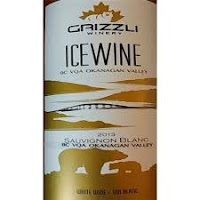 Apple and apricot on the nose, flavors of apple and citrus with a very long finish. Very tasty. 94.

Strawberry, toffee and raisin on the nose. Raspberry, golden raisin, and strawberry on the palate. The finish lingers. 92.

Sweet floral aromas, both white flowers and red roses. Raisins join in at the end. Strawberry and toffee flavors dominate. 92.

Next up: We make our first visit to Indigenous World Winery!