Our second year at this fantastic annual event which takes place at La Terrazza. This might be the toughest ticket in the entire festival, selling out in about an hour. It's worth paying attention and getting online to get tickets the second they go on sale. It's not an event we ever want to miss.

If there is any issue with this event, it's a minor quibble: not all of the wines consumed at the lunch are available for purchase in the BC Liquor Store at the festival.

As usual, we are greeted at the door with a glass of Prosecco, an Italian favorite. It's generally pretty dry, at least in my experience; too dry for my tastes.

Extremely dry with notes of apple and toast. 85.

Upon getting to our assigned table, we are welcomed by a little bit of wine. 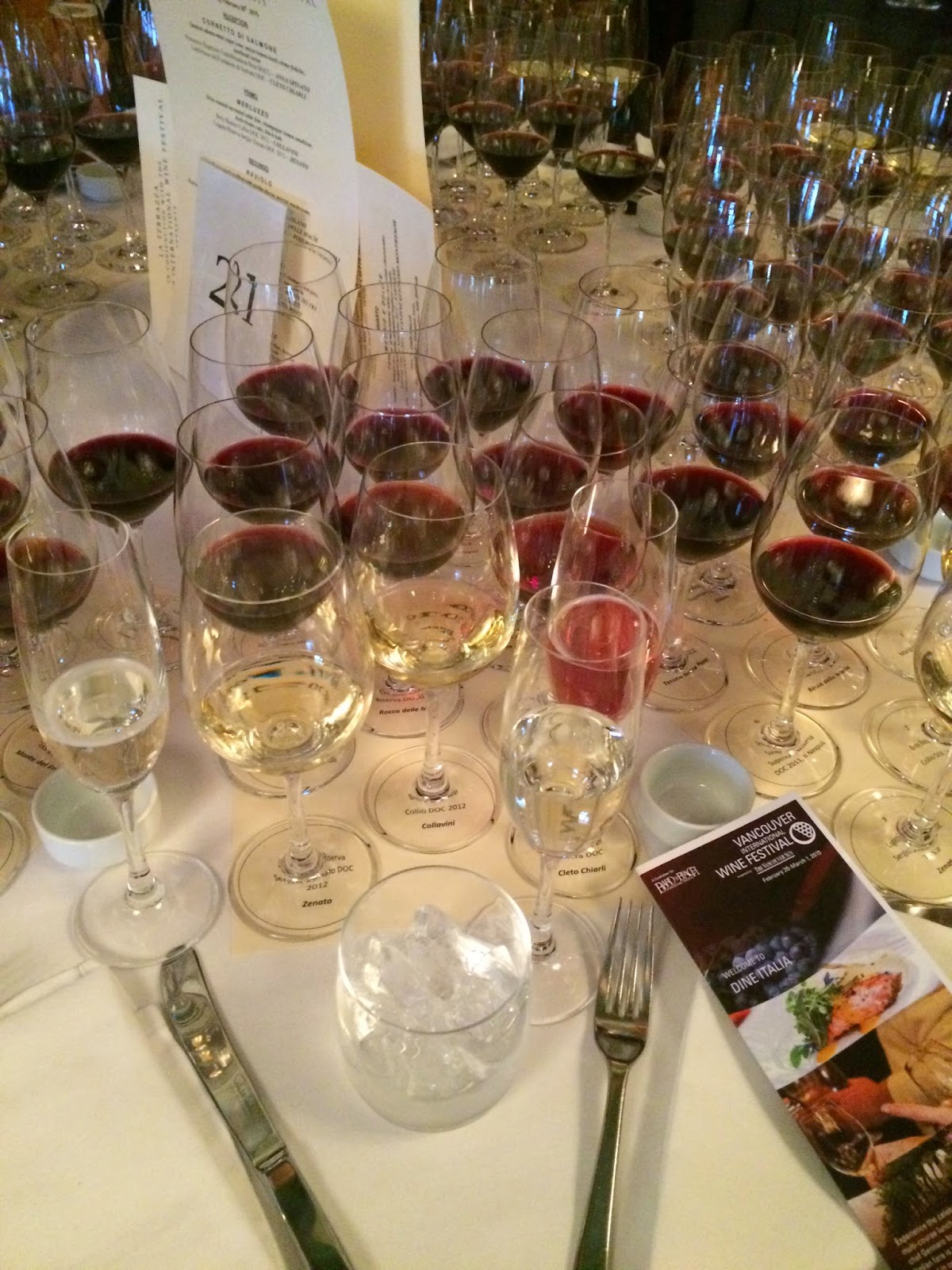 Our apertif is a raw salmon dish, served in a little cone. Interesting but raw salmon isn't really our thing. The wine to pair with it was another sparkling:

Notes of cranberry and strawberry on the nose and palate. Still very, very dry. 86.

Next up, our first course was a beautiful sablefish with risotto balls. It was absolutely lovely and was paired with these two wines:

Intense notes of citrus on the nose and palate. Some hints of orange peel and yellow flowers. A truly brilliant pairing with the lemony sablefish. Would probably also be a terrific pairing with a dish like chicken picatta. 90.

A muted nose of lemon and some vanilla. Mouthfeel is rich and balanced with subtle notes of peach and papaya. 88.

Although both of these were tasty and pretty similar when tasted on their own, there was a significant improvement of the first one when paired with the sablefish and risotto dish. The second one, notsomuch.


Our next course was, as my wife described it, the "best ravioli ever". Sadly this was a dish they whipped up specifically for this event and is not on their regular menu! I am trying to wipe it from my memory as I'll probably never experience ravioli in a white sauce like that again.

Three nice red wines to pair with that dish:

Aromas of cherries and violets with a hint of earthiness. This paired well with the ravioli and improved slightly when tasted with the food. Another couple of years in the bottle would enhance. 87.

Juicy cherry and a touch of tobacco on the nose. Dusty and earthy. The palate brings leather, spice, and tobacco. An excellent Sangiovese from Tuscany's neighboring region of Emilia-Romagna. This one also paired beautifully with the ravioli and improved when tasted with the food. 89. 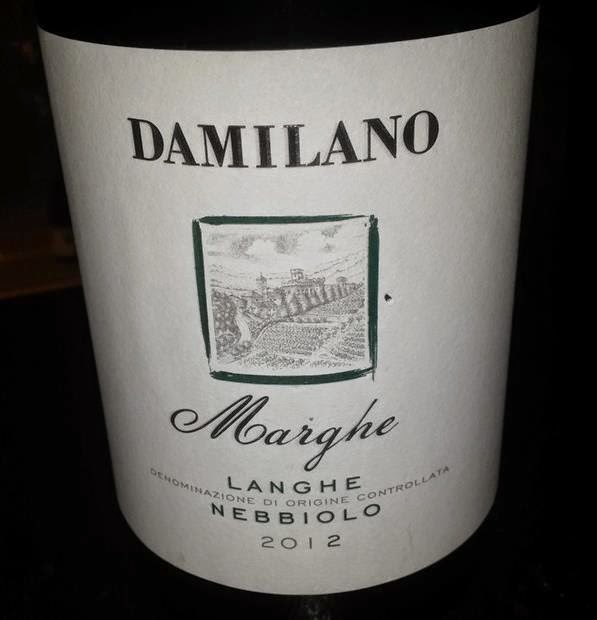 Dusty, earthy nose with hints of plums and violets. I actually found this one better before pairing it with the ravioli. The food seemed to make the tannins sharper. This would probably be solved with some more aging time, as this varietal tends to improve much over time. 86.

Up next the "big reds", paired with a truly fabulous Filet Mignon dish. Three really nice reds to accompany the steak: 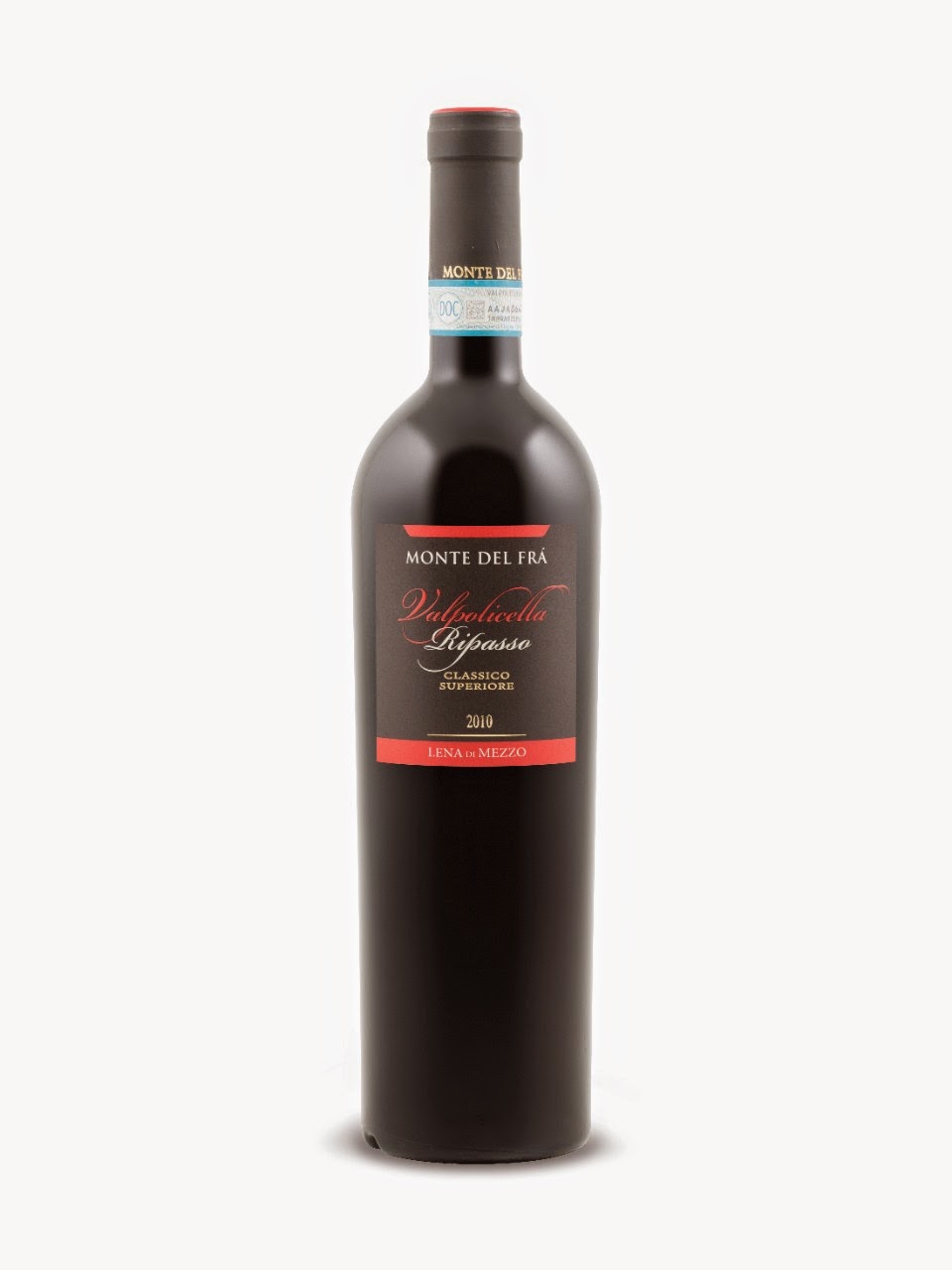 Subtle notes of herbs and smoke on the nose. The palate was stronger, medium bodied and this improved much when consumed with the steak. 87. 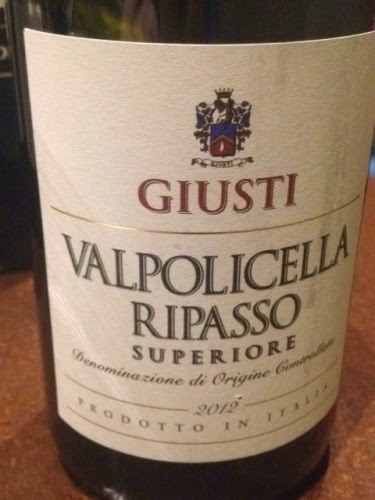 An amazing nose and palate to match. Fruity and bold, dark cherries and a bit of leather. This was our favorite wine of the day but we've been unable to find any yet. The search continues. 92.

An intriguing blend of Merlot, Cabernet Sauvignon and Petit Verdot. Aged 18 months in French Oak. Fruity and delicious with a hint of violets and chocolate. Finishes forever. This is great now but another 4-5 years of careful cellaring is probably going to produce a wine of epic deliciousness. I'll let you know, we picked one up to keep for a few years. 91.

If that wasn't enough great wine and food, it was time for two more big reds to pair with an assortment of cheeses and their signature dessert, a marscapone cheesecake wrapped in phyllo pastry. Divine.

Made from 100% dried grapes. Full bodied and smooth with a big nose of violets, raspberries and peaches. Deep flavors. 89.

A classic expression of Southern Italy comprised of Montepulcino and Sangiovese, Negroamaro and Malavasia Nero from different regions. The grapes are aged seperately before being combined into a wine with a big nose and expressive and long finish. 90.

Well there you have it, an absolute must-do event for us; and given that Italy is the host country at next year's event, I would imagine the tough ticket will be even tougher. Can't wait for next year!