Okanagan Trip, Part VI, at the home of another favorite for those of you who are, how to put this politely...."budget conscious"....Intrigue!!

Into their tasting room where we meet Matthew, who is at once hilarious, charming, sarcastic and a little bit scary. Well, scary for the current occupant of 1600 Pennsylvania Avenue anyway, as Matthew is a pilot and is going to fly his plane into the building. LOL. Yes, he actually said something like that, although he was clearly kidding.

To the wines, where Intrigue has carved out a nice little niche for those of you who refuse to spend much money on wine, but have graduated beyond the garbage wines in bottle or box in the sections in liquor stores that used to be called "Cellared in Canada".....the Copper Moon, Sawmill Creek, Jackson-Triggs, etc etc etc.

You might notice the lack of detailed tasting notes; that tends to happen more in less expensive wines. They just tend to be less complex, bringing less with them to the nose and palate. Simple doesn't necessarily mean they can't be tasty, however.

Prices listed below are INCLUDING taxes. 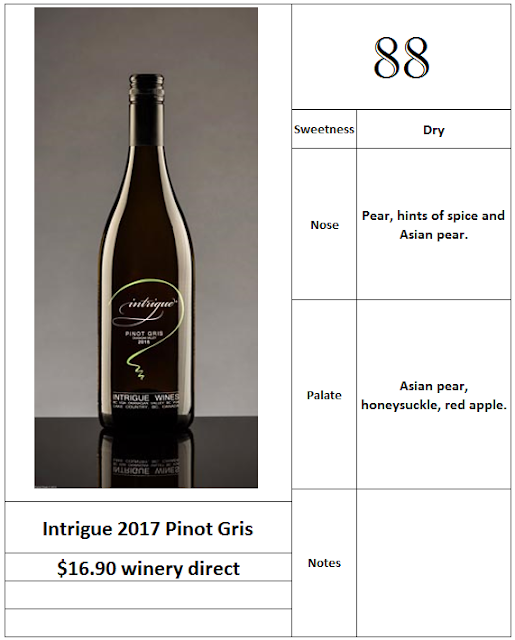 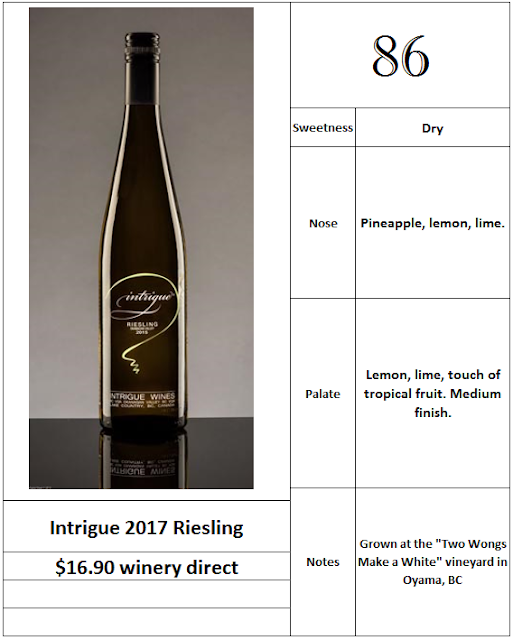 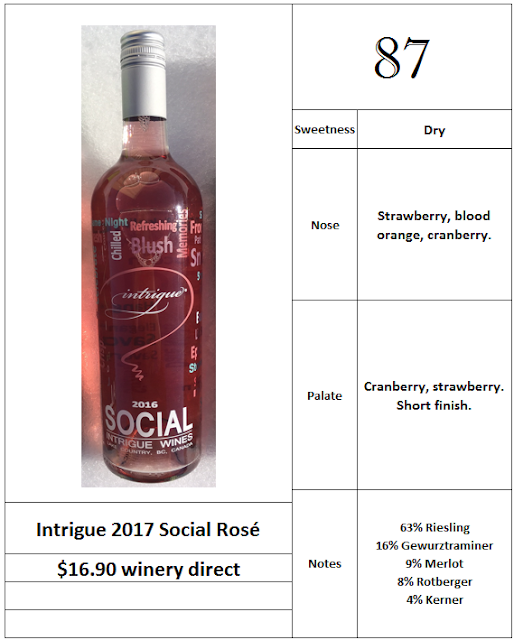 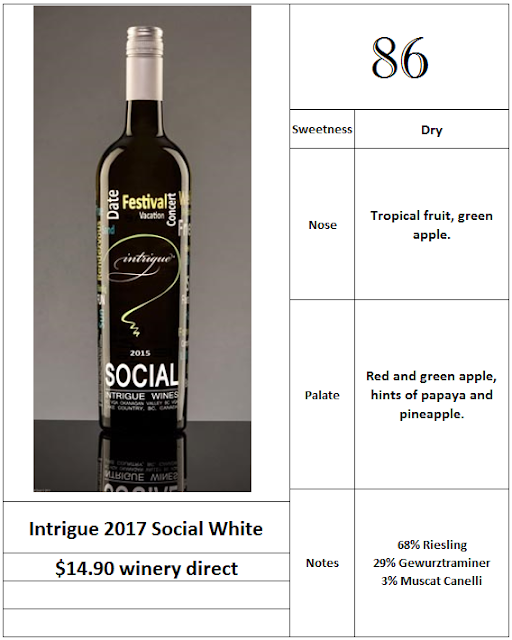 Next up: Still have a lot of good random stuff to catch up on. and the Okanagan trip continues across the street, literally, at The Chase!