My turn for theme night, and this one was all about our neighbors to the South

Interestingly, I read a poll recently that for the first time in history (or at least the first time in the 40ish year history of this poll), Canadians have a negative opinion of the United States. Can't imagine what happened to cause that.

Anyhoo.......doesn't mean they don't make some damn great wine and food. I went searching for some very traditional recipes from different corners of the US, and tried to pair them with wines from all around the country, not just a bunch of Napa Cabernet (although an evening full of Napa Cabernet would not be too shabby). Here is what I was able to come up with. Seven guests attended.

The first two courses were paired with a Magnum of 2012 Mer Soleil Reserve Chardonnay, that I picked up on wine.com for $40. I've reviewed it a couple of times, most recently here, and my opinion has not changed. It's delicious, and has some more time to age if you can wait.

It was more difficult than you might think to find a traditional New Orleans dish that didn't include shellfish (which would kill my wife and put a damper on the evening). This soup, which I had made previously, was delicious, but was NOT a good pair with the wine.

These were really terrific, and they went with the wine much better than the above. Still not a perfect pairing, they would have been better off with a Riesling probably. Even my seafood-hating wife loved these. They were made with gluten-free flour and I couldn't tell the difference.

These were tasty but I didn't like the texture of the chicken, it was almost mealy, as if it had marinated too long. They paired well with the wine. I had two vintages of Caymus Zinfandel but when I decanted the wine I wasn't sure if we were going to have too much, so I only decanted the 2014. With the speed that we buried the Magnum of Mer Soleil, it was clear we weren't going to have too much wine, so I served them both. The 2014 decanted for a couple of hours, the 2015 only for 15-20 minutes.

Bright fruit aromas of black cherry, blackberry and plum. Smooth and full bodied, but avoids the overly jammy notes that so many Zins can provide. Delicious. 93.

So different than the above. Dark raisins, black cherry and a hint of burned popcorn on the nose. Black cherry and dark chocolate on the palate which finishes very well. 92.

These were delicious and a bit of a debacle at the same time. Let me explain. I was making the waffles early, first making a gluten-free waffle for my wife. It turned out OK but not great, but I chalked that up to the gluten-free flour. But when I went to make the regular ones, they kept sticking to my really-old-and-cheap waffle iron. So.........thank goodness for Eggo!!!!

That was the debacle. The fried chicken was INCREDIBLE. The only thing I added to the recipe was a touch of dried rosemary just before frying. SO good. I made these with regular flour (gluten free for the wife only) and they were fantastic; so good that I made more the next day, using gluten free flour for both of us, and they weren't quite as good. As I originally thought, the gluten free flour didn't give them quite the same flavor. I'd use the real stuff next time for sure.

We finally left California for both wine pairings and one of them was a fabulous surprise. 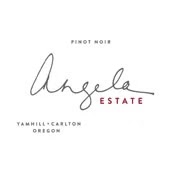 We had been saving this for a couple of years and it was a disappointment. Light aromas of cherry and strawberry and flavors to match, with just a hint of herbaceous notes on the finish. 87. 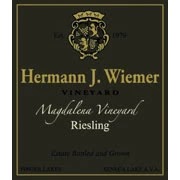 I believe the only description for this would be "WOW". Aromas of white flowers, stone fruit, lemon and lime. Complex flavors include quince, citrus, pineapple, apple and a strong backbone of minerality. I can't imagine how good this might be in a decade or so. It's probably my all-time favorite Riesling already. 94.

Both the sandwiches and beans were terrific. The beans were so good they are going to become a common staple in the house. The recipe came from the 2017 August/September issue of Eating Well magazine, and I can't find it online to link to. 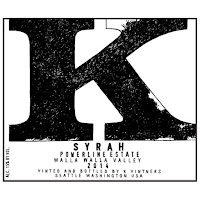 They are making some great Syrah in Washington and this one is near the top of the list. Roasted game, dark plum, blackberry, wet earth and black pepper on the nose. Meaty, almost chewy tannins. Flavors of black licorice, blackberry, black pepper, black plum (notice a pattern?). Finishes forever. This one is already a knockout and some further aging will only enhance. A triumph. 94-96.

Full disclosure: I did this wine no favors putting it next to that big, beautiful beast above. Still, it held it's own. Aromas of black cherry, raspberry, smoke, and red cherry. Dark fruit, raspberry, oak and smoke on the palate. For the price, a real solid bargain. 90

This could easily have been called "New York Steak" as it's the same thing, but it originated in Kansas City so I went with that, since we already had other stuff from New York. This was my least favorite thing of the night, actually. The bacon cream sauce was fine but the steak just didn't seem right. Should have used Filet Mignon as the recipe called for (but that's not really USA).

We had a Chardonnay ready to open as well, to go with the cream sauce, but we seemed to be running out of steam a bit so we stuck to just one wine for this meal. 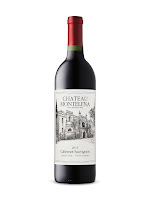 Aromas of blackberry jam, nutmeg, perfume and plum. Red berries meet your palate right up front, and you'll find some cocoa and mint lurking in the background. Smooth texture and bright acidity. 92.

Depending on who you asked, this dish originated at Delmonico's Steak House in New York, or Antoine's, in New Orleans. Either way, it was good but perhaps too much work. Having said that, I ate it over the course of a week and it was fantastic every time. If I made it again, I'd stick to ice cream, the sorbet doesn't really go (other than to make it look cool). This is what it looked like before adding the meringue: 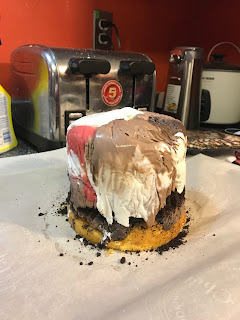 Made from the Scheurebe grape, this is icewine but not in the way we are used to it. Since it doesn't get cold enough in Napa Valley, they cheat a bit and harvest the wine as late as possible and then freeze the grapes themselves. It's tasty, don't get me wrong, but it's a far cry from the great icewines we get here in BC. Flavors of peach, creme brulée, lemon and honeysuckle. 90.

That's it for now, what a terrific night of friends, food, and wine. Next up: The blockbuster announcement from last Monday that will change the landscape of the BC wine industry forever.