Vancouver International Wine Festival, Part 3 ; bring on the rest of the world!

OK no need for idle chatter, let's get right to it! 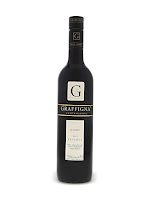 Whaaaaaaat? A Malbec? A $15 Malbec? I must be reading the wrong blog!! Dean doesn't like Malbec, and he certainly doesn't like $15 wine!!

Normally you are right, but you really never know, do you? Beautiful aromas of plum, vanilla and blackberry. Tons of intense, dark fruit with a hint of coffee on the palate. Tannins are smooth and supple. At this price, it's ridiculous value. 88.

Similar nose to the above with flavors that are rich and forward, a touch jammy but not in a bad way, lots of blackberry, dark cherry and coffee flavors. Delicious and just like the one above, a completely steal at this price. 90.

Not much doubt we've found our new favorite Argentinian winery; not that we were experts on Argentina before this. This is a superb, robust blend which features intense blackberry aromas with a hint of minerality. Meaty, savory, woody flavors, lots of blackberry and a lovely finish. Absolutely delicious and will probably improve with another decade of careful cellaring. 93.

Dark, brooding fruit aromas and flavors, with a touch of tobacco and herb. A bit of spice shows up on the long, lovely finish. Another really good bargain. 89.

Nothing but quality from Argentina, wish we had time to taste everything. I think we are just going to have to go there sometime in the next few years!!

Pleasing nose of blackberry, raspberry, cherry, sweet baking spices and savoury herbs. Lots happening on the palate, beautiful black fruit with a touch of cocoa and vanilla, and just a hint of mint. Finishes long and lovely. 90.

Dark purple colour, aromas of herbs, bell pepper, blackberry, earth and licorice. Black cherry and blackberry flavors, with just a hint of oak and black pepper on the finish. 88.

Aromas of bright black plum and ripe black cherry, red fruit and violets. Classic pinot noir flavors of cherry and strawberry. Really nice Pinot for the price if you are looking for something to enjoy right now. 89.

Beautiful aromas of white flowers, citrus and coconut. Stone fruits, citrus, coconut and just a hint of buttery goodness on the palate. Ditto the above, a nicely priced Chardonnay that is already drinking well, 89.


They also featured reserve versions of the above which were also excellent, but we decided the quality-to-price ratio was just as good with the "cheap" ones and we picked up one of each. 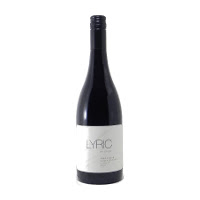 Complex and intense with touches of pomegranate, raspberry, black cherry, earth, savoury herbs, cardamom, cinnamon and leather. Beautiful now and I can only imagine how much better it will be a a couple of years. 92-94.

Aromas are intense and lovely, with cassis and blackberry jam being prominent. Those aromas carry through to the palate, joined by some dark chocolate, cinnamon and smoke. 92. 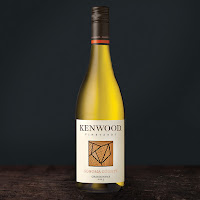 Talk about a bargain. 2/3 of this fruit comes from the Russian River Valley. Some green apple, honey and vanilla on the nose. Slight notes of butterscotch. Hints of white flowers, red apple, with a touch of minerality and well-balanced acidity. 90.

Sourced from a single vineyard where noted American novelist Jack London lived and wrote. Black cherry, cassis, cedar, mint, and a touch of spice on the nose. Full-bodied, delicious, well structured and a long finish. Top-notch California Cabernet at a reasonable price. 92. 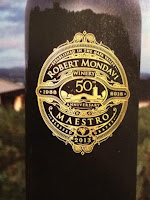 Delicious aromas of black fruit and mocha. Beautiful and rich mouthfeel, with red and black cherry flavors framing some notes of dark chocolate and oak. 93.


Well, folks, that's all she wrote. Two night of crazy wine tasting and we still missed SOOOO many wines. Next year, we are going to have to find a way to take in 3 tastings.

Next year, there is no host country....there are TWO!

Thanks for reading, hope you enjoyed. Already looking forward to next year.

Next up in the wine blog, the next entry in our "theme nights" series, from last weekend. Viva Italia at our place. 7 courses, and some absolutely fabulous wine (including one that is going to make it to the "Best of the Best" page).
Posted by Mean Dean at 7:42 PM