Hello all, welcome to part 2 of my 3-part series on last weekend's fabulous Vancouver International Wine Festival. This is always a highlight of my year, and this year was no exception. A terrific time was had by all.

Our festival started on Thursday evening, as we arrived at our hotel, the Executive Hotel Le Soleil, on Hornby street, just 4 blocks away from the tasting room. Talk about convenient. We selected a corner suite which was the only kind of room to feature a soaker tub, which I had a feeling the wife would enjoy. I was not incorrect in that assumption. Not much of a view unless you like high-rise buildings, but that's hardly unique for a hotel in the heart of the downtown core.

The room was tiny, no question about it, but very comfortable. Our dear friends joined us on Thursday night and slept on the pull-out couch and, by all accounts, it was quite comfortable. The bed in the main bedroom was INCREDIBLE. Service was top-notch all around, the breakfast was terrific both days we enjoyed it (once in the restaurant, once from room service), and check-in and check-out was about as painless as it could possibly be. I highly recommend this hotel if you are in the downtown core. We will be back next year.

This year's host country was CANADA! Not only would the wines of the Okanagan be featured, but several wineries from Ontario and Nova Scotia would show up as well. Normally the host country is what we really focus on, but this year was a bit different. Certainly we planned to tackle most/all of the wineries from back East, but we weren't quite as worried about getting through all the Okanagan wineries as we might have been. We are members of 8 Okanagan wine clubs, we get up to the Okanagan 3-4 times a year for various events, and our local VQA wine store features complimentary tastings every Friday and Saturday; we knew we were not going to have any trouble tasting all the BC wine we want to taste this year, even if we don't get to much of it at the Festival.

There was one Okanagan winery that was an exception, though, the very exclusive and high-priced One Faith Vineyards. They were tasting four wines; their flagship Bordeaux blend from three different vintages, and their second wine as well. They don't have a physical tasting room, yet, although one is on the way, so we have had no opportunity to taste these at all before the Festival. Let's start there and see how it went. 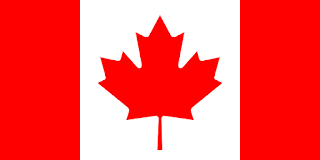 One Faith Vineyards - 2012 One Faith Grand Vin (price below)

One Faith Vineyards - 2013 One Faith Grand Vin (price below)

Black cherry and vanilla dominate the nose. Black and blue fruit on the palate with a much shorter finish than above. Perhaps the extra year in the bottle has made the difference, but this was nowhere near the same quality as above. 89.

One Faith Vineyards - 2014 One Faith Grand Vin (price below)

Much the same as above, this one shows potential but fails to get close to the beauty of the 2012. Finishes longer than the 2013 but has a long way to go. 89.

The second wine, for the grapes that don't quite make the cut of the above. Pleasant nose features violets, vanilla and black fruit. Palate is the same, with notes of dark chocolate joining in. 88.

I want to say, I fully support what owner Bill Lui is trying to do; BC can support some high-end wines, as long as the quality of the wine equals the price! Judging by the 2012 vintage, it certainly does. The jury is out on the newer vintages, but there is certainly promise here.

The Grand Vin is sold only in 3-bottle packages for $495. Generally they are 3-bottles of the same vintage, but at the Festival there was one bottle of each vintage in the box. I would have easily paid $165 for a bottle of the 2012, but the others didn't measure up, yet, so I didn't buy any of this.

For the rest of my ratings, as with past years, I'll give full reviews of anything we bought, or wanted to buy, and just number scores for all the rest. We'll start with the rest of BC, and the prices below include taxes.

Oh, our wine purchases arrived today (we had them sent to our local liquor store). Here is what we got from Canada: 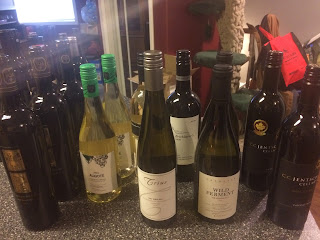 Aromas of toasty oak, vanilla, blackberry and a hint of leather. Sweet red and black fruits on the palate. Tannins are already soft and supple. This wine is already good, a solid entry-level Bordeaux blend. 90

Beautiful, fragrant aromas of red fruit and herbs. So lovely. The red fruit doesn't go away on the palate, joined by a hint of clove and vanilla. This one had sold out on night 1 but I was lucky to find a bottle on night 2. 93.

Herbacious and meaty aromas, with soft cherry and cassis. Sweet tobacco, black cherry, blackberry and cold cuts on the palate. Delicious. We actually have a couple of these in the cellar which we had never tasted - until now. 92.

Dark ruby in colour with beautiful aromas of black cherry, baking spice and juicy plum. Ripe strawberry and raspberry flavors take over on the palate.  Complex and delicious. Limited, made from their best barrels of some high-end Burgundian clones. So delicious and yet so young. Lay this one down for a couple years; I know I will. 92.


Believe it or not; that's it from BC. As I said before, however, no harm done; I'll be up to the Okanagan several times this spring and summer and much more great BC wine will be sampled.

On to Nova Scotia! Our first time ever tasting wine from here.

Interestingly enough, although we enjoyed most everything we tasted, we only went home with ONE bottle from Nova Scotia! So much of the stuff that we wanted to buy was sold out by the time we went to buy it on night 1, and was not replenished for night 2. Too bad!

We tried to get a couple of the Tidal Bay but no luck in the store.

On to Ontario. Again, nothing we had ever tried before. 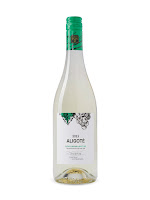 Totally unfamiliar with the Aligoté grape, but this was light, crisp, fruity and delicious. Apple and pear notes, with flavors of green apple, pear, and wet stone. A real bargain at this price. 89.

Intense aromas of cedar, black pepper and blackberry. Notes of violets can be found as well. Juicy palate with blackberry, orange rind and spice. Really nice. 91.

Beautiful notes of red cherry, cedar and mint. Juicy and delicious with lots of black fruit on the palate. Long and beautiful finish. 89. 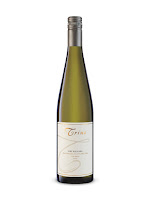 Aromas of wet stone, melon and citrus. Dry, crisp and light-bodied, with flavors of lemon, lime and melon. Light and zippy finish. 89 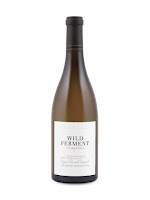 
That's all, folks, for the host country this time around. Next up: Lots of great stuff tasted as we go around the world and sample as much as we possibly can in three hours. Don't miss it!