Recent tastings, and lots of other stuff too

This past Friday, Sardis Park VQA was tasting a selection of wines from Cedarcreek. Three of the four were wines we've tasted and reported on before, but there was one new one:

A new release, so new in fact that I can't find any information on this anywhere on the web, not even on Cedarcreek's usually very up-to-date website. The 2012 Meritage (their first Estate Meritage) was excellent but featured an unusually high percentage of Malbec (20% if I recall). I guess they decided that wasn't quite enough, because this vintage went absolutely Malbec-nutso, up to 36%! Cabernet Sauvignon is 35%, Merlot is 28% and 1% Cab Franc rounds out the blend.

The Malbec aromas are really in your face (or, in this case, in your nose). Blueberry jam, black currant and plum are all present. The jammy fruit really comes through on the palate as well. There is little doubt about the presence of Malbec here. If you love Malbec, you are probably going to go bonkers for this reasonably priced blend.

At this point, I think 36% is more Malbec than this blend needs, but of course this wine was JUST released and may need a bit of time to settle down. It's already tasty, but we'll see what it turns into after it settles down a bit. For now, 87.

Staying with Cedarcreek for a minute, last night we cracked open this puppy which we had been cellaring for a couple of years:

I had previously reviewed this one after a tasting at Cedarcreek over two years ago, here. I mentioned in this review that it would likely really improve with some cellar time; boy was I ever right on the money there. The flavors intensified, the finished lengthened, and the tannins smoothed. I probably under-rated it when I tasted it then, but after some more time in the bottle it has turned into a very spectacular bottle of wine. My only complaint: I don't have any more! 93.


Some other new stuff:

Done in the Alsatian style, aromas of mango, pear and white flowers. The mango sticks around on the palate as well, Light acidity. As with the above Meritage, tasted quite young and will improve with a little bit of time. 87.

Now let's switch gears a bit and talk about a very special package of wine that I put under the tree for my wife: a case of library wine from Black Hills. Lots of special stuff that I'll talk about as we taste it, but I'll start with a five-year vertical of their terrific Syrah. We have tasted the 2011-2013 Syrah before, but we've now tasted them all:

Their inaugural release of this varietal, this was quite something. Peppery nose, with evidence of leathery notes and some meaty aromas as well. A touch of cola. Not a lot of fruit on the nose, but the fruit shows up in spades on the palate. Black cherries, plum, cigar box and mocha all mingle on your palate. This has aged beautifully, and was quite a treat. 93.

Aromas of cherry cola, smoked sausage, dark fruit and just a touch of black pepper. More berries on the palate than the above: blackberry and blueberry in particular. A touch of pepper as well. Comparing these two was an excellent example of the incredible differences in the 2009 and 2010 growing seasons. 90.

Here are notes on a couple of very nice wines from a winery I was not that familiar with:

Exclusive and very limited and very tasty. It opens with cherries, raspberries and cranberries. The red berries combine on the palate as well and are joined by a touch of white pepper and dark chocolate. 90.

For New Year's, we opened this one which I've had in one of my wine fridges for a couple of years:

Cherry and licorice notes on the nose. Fresh and lively palate features strawberry, licorice and toasty oak flavors. Look, take this review for what it is: I'm not particularly a fan of bubbly, but this is perfectly pleasant. 84.

Some other random stuff:

I swear this rare varietal gets better every year. Citrus dominates the nose and palate, with hints of orchard fruits like peaches and nectarines. Beautiful acidity, this pairs perfectly with seafood, poultry, or a nice day on your patio. Serve well chilled (close to fridge cold). 88. 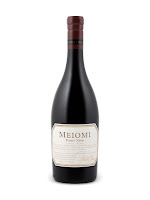 A rich garnet color with a ruby edge, the wine opens to reveal lifted fruit aromas of bright strawberry and jammy fruit, mocha, and vanilla, along with toasty oak notes. Expressive boysenberry, blackberry, dark cherry, juicy strawberry, and toasty mocha flavors lend complexity and depth on the palate. At this price, it's tough to imagine Pinot being a lot better. 90.

The first offering of this joint venture from the Stewart Family of BC (Quails' Gate) and Daniel Zepponi of Napa. Aromas and flavors of black cherry and plum. Muted and not particularly impressive. I've seen lots of solid reviews of this one, but we were quite underwhelmed. 83.

Aromas of rose petals mingle with cherries and strawberries. Plum, boysenberry and a touch of tobacco on the palate. Firm tannins. 87.


Last weekend we had a little side-by-side tasting of a couple beauties from South Africa.

We've had a few bottles of this, previously reviewed here.

One of the bottles under our Xmas tree was this premium offering from the same winery:

Aged 18 months in oak and undergoing 100% maloactic fermentation, I was surprised at the subtlety of the buttery notes on the nose and palate. Dominated by citrus, peach and melon aromas and flavors. Creamy and long finish. 90.

That's it for today, almost caught up now! More tastings to report on coming up!
Posted by Mean Dean at 9:46 AM