What happens every time we go to North Vancouver

Spent a few hours wine-store hopping in North Vancouver yesterday, and came home with a bunch of great wine as always. 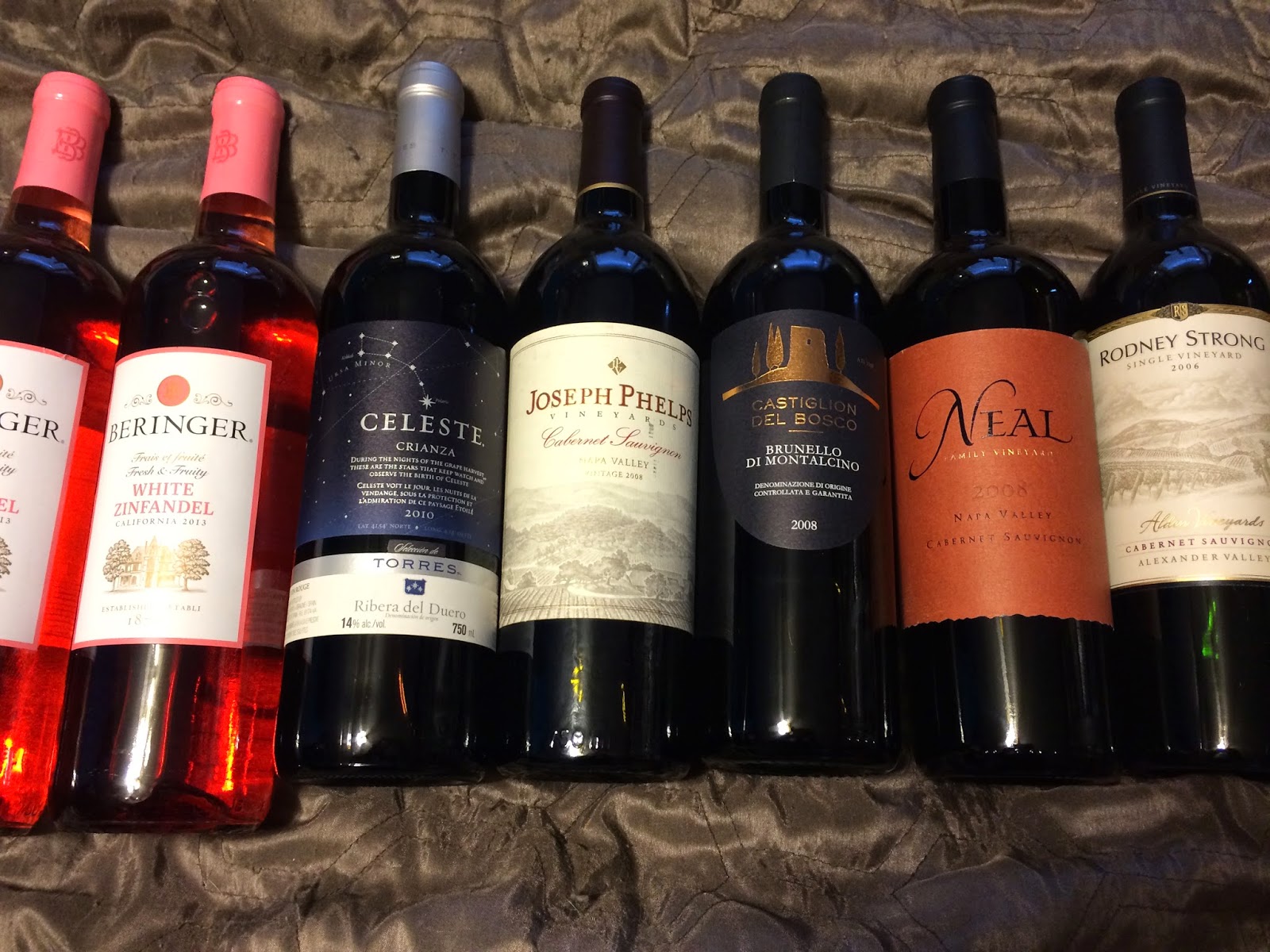 From left to right:

2 bottles of Beringer White Zinfandel ($9.99) that we discovered on the cruise. It hardly meets the "great wine" mantra that I previously mentioned but it's a guilty pleasure. Read about it here.

Torres 2010 Celeste Crianza Tempranillo ($25.99). Another one we discovered on our recent trip, tasting notes are here.

Joseph Phelps 2008 Cabernet Sauvignon ($94.99). I have not tasted this vintage yet but I absolutely loved the 2010 vintage which I tried at Earl's Restaurant in early February. Tasting notes on that one is here.

Castiglion del Bosco 2008 Brunello di Montalcino ($69.99). The 2009 vintage was one of the superb wines we were fortunate enough to taste during Dine Italia at the VIWF. Expecting great things from the '08 as well. Notes on the other vintage can be found here.

These two were recommended to us by the staff member who runs the "big room" at Everything Wine in North Vancouver (I really have to get his name next time). He has made some fabulous recommendations in the past and I expect these will be no exception. A really good bargain on the Rodney Strong, which is already aged 8 years but was the same price as current vintage. I will, of course, report on those as we drink them.

Last night we had dinner with a very good friend at Joey's on Broadway, and we tried this beauty for the first time:

La Crema 2011 Russian River Valley Chardonnay ($60 at restaurant, $30US from their website)

Notes of apple, pear and butterscotch on the nose and palate, with light oak and just a hint of creme brulee on the palate as well. A regional blend from vineyards throughout the Russian River valley. Smooth and complex. 90.