Tons of ratings here, with over 800 wines to taste we didn't get nearly as many as I would have liked and I didn't have time to make detailed notes on most of them. There are detailed tasting notes throughout on some of the best ones that we ended up buying.

Listed by country, starting with the host country, France (which we barely scratched the surface of)


A beautiful blend of Carmenere (71%), Cabernet Sauvignon (18%) and Merlot (11%), this wine takes the best from each of it's grapes and integrates them perfectly. The nose is overwhelmed with fruit; blueberries, black cherries and a little plum, with a hint of spice as well. The fruit continues through to the palate, with a long and lasting finish. Still very young; I've rated it a 94 now, I suspect that number will climb closer to 100 once it properly ages.

One of our favorites at this price point; red fruit and violets on the nose. Very fruity palate with well balanced tannins and a touch of spice on the finish. Will only improve with a bit of time in the bottle. 89. 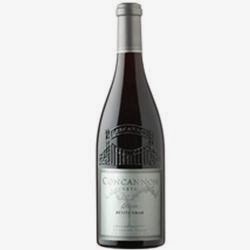 A totally new varietal for us; and we loved it. Very dense and well structured. Plums and a touch of caramel on the nose. The palate will enjoy lots of fruit with a hint of cinnamon and spice. Very good now but another few years in the bottle will only enhance. 89.

They were tasting their new 2011 vintage but the on-site liquor store was selling the 2010 which is what we purchased.

Slight notes of sweet cedar, black currents and spices on the nose. Full bodied with very well balanced acidity. Very fruit forward. Accessible now but will only improve with another decade or more in the bottle. Incredibly smooth. 94.