Vertical tasting? You had me at "California"

Ok not really a vertical tasting, but more of a side by side comparison of two wines from the same producer, two different regions, two different vintages. To wit: 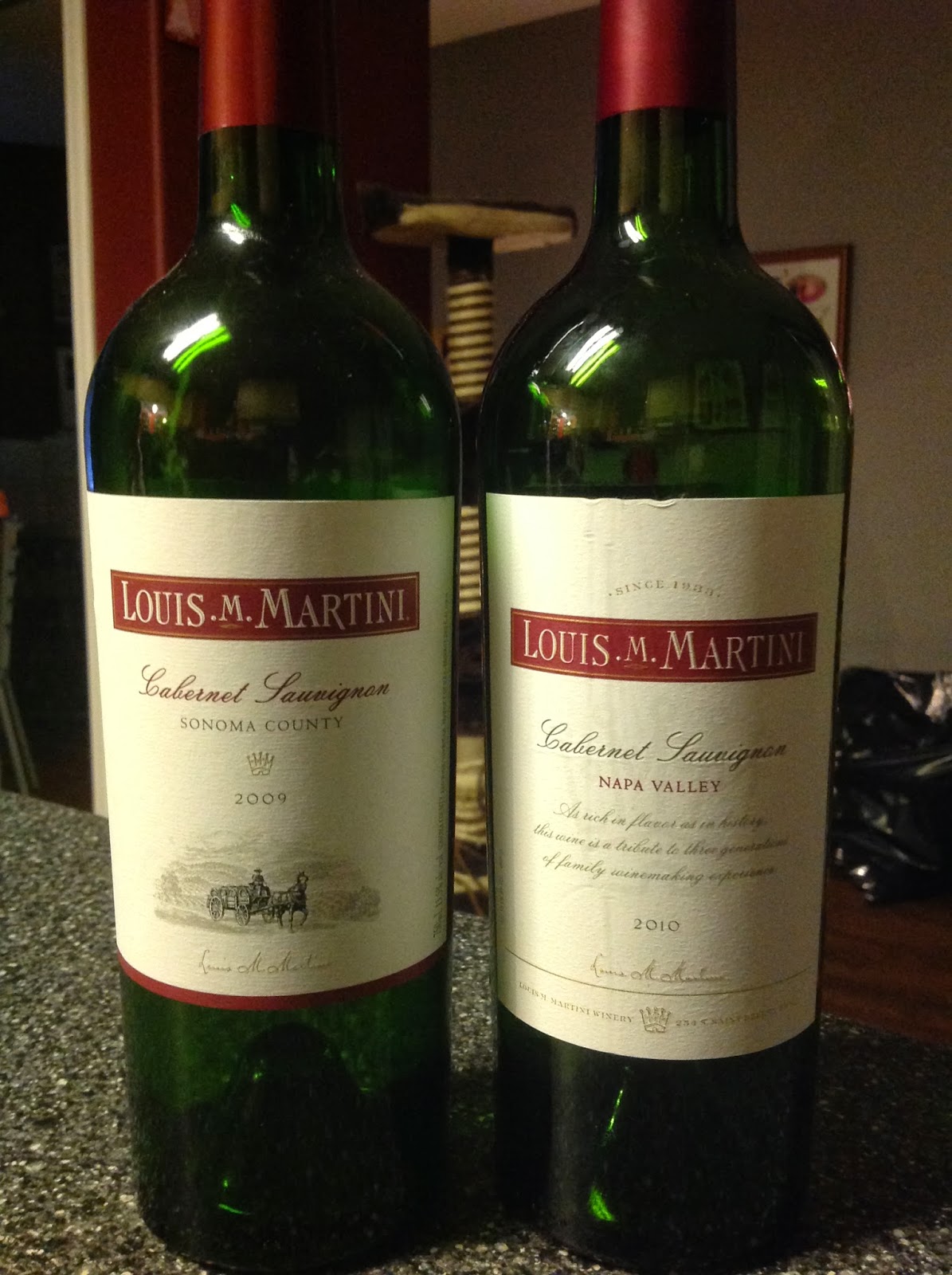 If memory serves, the Sonoma one was $25 at BC Liquor Stores ($17 on the winery's website), and the Napa one was $40 ($30 on the website). I'll confirm the local prices later today when I visit a store to pick up some more! Obviously I liked them.

The biggest differences? Aroma and colour. The Napa Valley offering was a deep purple colour, while the Sonoma County wine was closer to red.

Notes of red plum, blackberry, and a soupcon of tobacco/cigar box greet your nose. Blackberry jam flavors are present with just a touch of vanilla from being lightly oaked. A top notch entry-level California wine, and if you can find the 2009 vintage, it's drinking very nicely now. 88.

A much deeper colour and aroma than the above, the Napa selection brings a bit more complexity on the nose and the palate. The slightest notes of chocolate on the palate. It is slightly more fruit-forward and a longer finish and slightly softer mouthfeel. It is also drinking very well now but would probably benefit from another 1-2 years in the bottle to truly reach it's full potential. 90.

So is it worth double (almost) the price? I guess it depends on what dollar value you put on two points. For me? Yes it is, but having said that, I am going today to look for one of each, as the Sonoma County one is really a terrific value for the money.