Sincere apologies for the total lack of posts lately; we were dealing with a sick, and then dying, cat, and that really took my focus away from updating this blog. Anyway, that is behind us now, so let's get on to the amazing time had by all at the Vancouver International Wine Festival a couple of weeks ago.

This year's feature country was Italy, and they were well represented. We attended the Acura tasting room on Thursday and Friday night and, of course, still didn't get close to tasting it all.

Our favorite event of the festival, Dine Italia, unfortunately got moved from it's regular spot on Saturday to Sunday; after we had already made our plans and booked our tastings and hotel. Oh well, we'll be back next year.

Now let's get to the wine!

Today I'll start with Italy and next update I will do the rest of the world. As in past years, I'll post detailed reviews of the wines we bought (or some special ones that maybe we liked but couldn't buy) and just number grades on the rest. 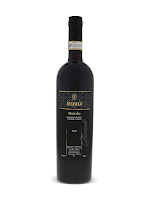 Aromas of plum and black cherry, tar, licorice and violets. Earthy qualities on the nose and palate. This needs to age for a long time to really hit it's potential, which is hardly surprising for a Barolo...but it's very nice now. 90. 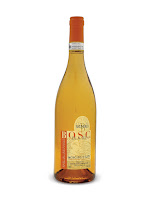 Literally the ONLY Italian white we were impressed with. Not a huge surprise it would be a sweet one. Apricots, honeysuckle and white flowers on the nose and palate. Citrus and peach join the palate party. Not dessert-wine sweet but more than just 'off-dry'. Lovely. 90,

Most of the Brunellos we got to taste at this event were from the very highly-regarding 2010 growing year, but this one proved that 2011 was pretty good too. Aromas of blackberry and spice, with notes of ripe berries and complex fruit. Certain to be quite a treat when we drink it in 7-8 years. 90-92. 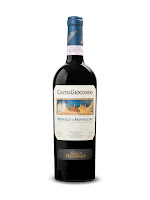 Alrighty, ladies and gentlemen, the festival has officially begun. Notes of cherries and herbs with a touch of ginger. Flavors of blackberry, raspberry and earthy qualities. This is tight and dense with strong tannins and will much improve with 5+ years of nappy time, but it's already terrific and will be well, well worth the wait. 94-96.

Intense aromas of roses, spice, forest floor and vanilla. Full-bodied, with a velvety texture and a long finish. As with all Barola, needs some time to reach the heights it will achieve. 91-93.

Black fruit and spice on the nose and palate. Hints of cinnamon, cardamon and black pepper on the palate. Long and lovely finish. 89,

Strong notes of dark fruit and spice. The palate is juicy and full, with dark berries, a hint of pepper and herbs on the palate. Finishes very long. 90.

Dried cherries, almonds, herbs and earth on the nose. The earthy qualities carry through on the palate, with dark berries and flowers joining in. A truly great bargain at this price and another that will age beautifully. We picked up a couple of these and will report back once they mature. 92.

Thanks for reading! Next up: The rest of the world!