Anyway, on Saturday we celebrated in style. 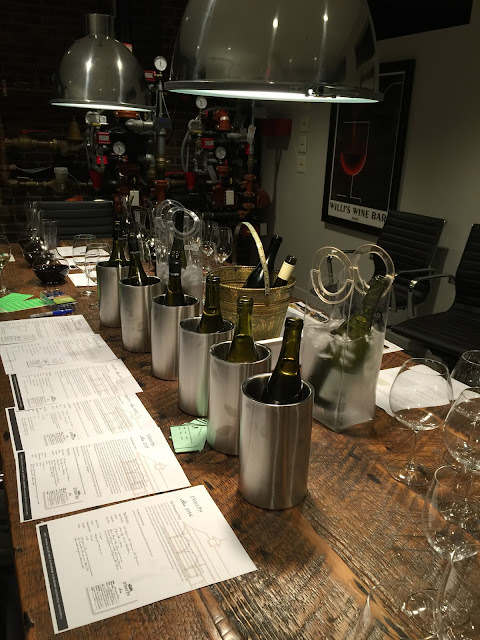 A full selection of wine, mostly from my cellar, and lots of friends and family. This tasting featured:

Full details and reviews of each below; let's start with the Ava 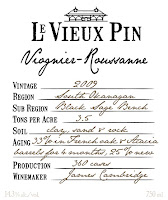 The pre-curser to Ava, this one without the Marssanne which would join in starting with the 2010 vintage. Aromas of honey, white flowers and stone fruit. Slightly less-dry than it's future cousins. Tropical fruit dominates the palate. This was the first time I had tasted this wine and I loved it, as did most of the guests. 92.

While my review of the 2011 remains unchanged, I think I shortchanged the 2010 a bit. When I said it was peaking  I was wrong, and it has improved over the last year. 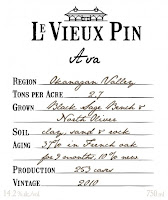 Tropical fruits, apricots and white flowers on the nose and the palate. Citrus as well. The age has brought some minerality on the finish. Drinking beautifully now. 89.

The 2012 and 2013 were previously reviewed as well and I'm sticking with my reviews of those two (click on the year for the link). The last one was brand new to us, at the time I received it, it had not even been released to the public.

White flowers, tropical fruit and a touch of flint on the nose. Fruit dominates the palate. Has yet to develop the roundness or minerality that a little more time in the bottle should accomplish, but had loads of potential. 88.

Oh and before we get to the next set of reviews, check out the baking. The cookies are incredible. And the cake. Yes, that is a cake! It was, sadly, the only Opus One being served at this event. Man I have some talented friends (these were from two DIFFERENT people!). 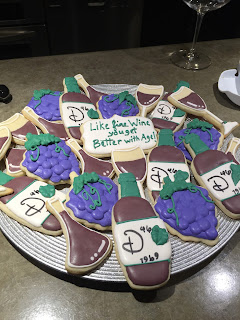 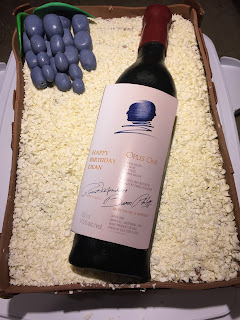 OK now onto the Syrah. We chose three different examples of Syrah from three different parts of the world; all around the same price point, all from the same year. Australia, Canada and France were represented.

Blueberry, blackberry and dark chocolate on the nose. Beautifully aromatic. Some licorice joins the fruit and chocolate on the palate. Finishes long. This is really drinking well now but could use more time to fully realize it's potential. 91.

From France (my first French Syrah, in fact): 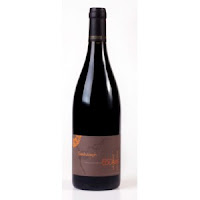 Earthy and funky nose. Powerful notes of mushrooms on the nose and the palate, overwhelming the fruit. Probably would have improved with more aging but this one didn't overwhelm any of the guests. 85.


For the Chardonnay, I featured a couple of my favorites, one from Canada and one from the USA, and another new one to me, once again going "Old World" with a French Chablis.

Clean and crisp, with no oak and fresh fruit flavors. Green apple and grapefruit aromas. A fairly standard example of French Chardonnay; it's not my preferred style, normally, but this one was delicious. 89.


From the USA, I went back to the best value I can find in any wine, anywhere, from Mer Soleil. Previously reviewed here. This was by far everyone's favorite in this grouping (and this might have won Best In Show).

To the Okanagan, another favorite, and another great value, being a touch cheaper than the above. Church & State knows how to make Chardonnay. Review is here.

A few more pics from the event. 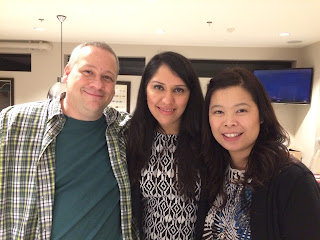 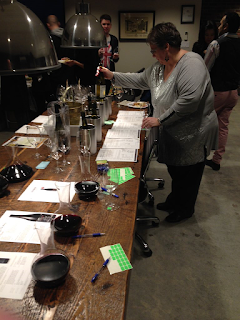 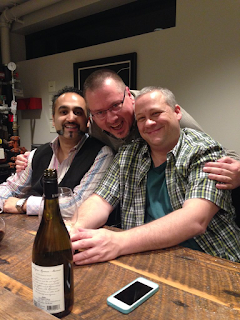 Now onto the Cabernet Sauvignon; the purpose behind this challenge was to see how everyone would react to tasting 5 wines from the same State, totally different prices. Blind, so nobody would let the price influence them. All from 2011, not a banner year in Napa Valley by any means. The results might surprise you, they certainly surprised me.

I had everyone rank them from best to worst, and assigned a point value for each vote (five points for first place votes, down to 1 point for last place votes).

The "loser" of this challenge, receiving zero first place votes, was this monstrosity:

I've always said you get what you pay for. Surprisingly, although this didn't get any first place votes, it didn't finish last overwhelmingly. I didn't like it at all.

There are hints of coffee and caramel on the nose, leading to a sweet, almost jammy palate. It's cheap, it smells cheap, and it tastes cheap. 74.

Aromas of black cherry and blackberry. Some vanilla and a touch of mocha on the palate. This one also didn't do much for me, but at least it tasted somewhat like actual wine. 83.


In third place, this is where the surprises begin. One of my all-time favorites, and while it did receive some first place votes, it also finished last on a few ballots:

Black cherry, cedar and dark berries on the nose. Cocoa, lavender and herbs on the palate. Finishes long and smooth. While there is no question it needs to sit for a few more years to reach it's peak, it's drinking lovely already. 92.

In second place, by far the most expensive of the five contestants, and another one that received a few first place votes and also finished at or near the bottom of some ballots!

Black cherry, plum, mocha, cloves, leather....everything but the kitchen sink envelops your olfactory senses. This is the first year that this wine is 100% from the exclusive To Kalon vineyard. The palate features some cranberry, cassis, fresh herbs, black cherry and a touch of spice. As with the Silver Oak, this needs more time to reach the heights that it aspires to, but it's already excellent, particularly for the cool 2011 vintage. 93.


And the winner of the challenge, which received a couple first place votes but was near the top of almost everyone's list:

Blackberry, mocha, dark chocolate on the nose and the palate. Some black plum and herbs on the palate as well. Smooth and full-bodied with a nice finish. Perfectly tasty wine, but if I had to choose between the Silver Oak and two bottles of this, well, it's not even close. 89.

There you have it, an epic night of food, wine and friends. Everyone had so much fun, this will definitely not be the last time I do something like this. After all, featuring these kinds of tastings with a group of people is a party; doing it at home with just the wife is a problem (which probably leads to an intervention of some kind).

Next up: A big catch-up entry (or three), reviews of everything we've been drinking while I've been posting the Okanagan trip, Disney trip, and birthday evening. Stay tuned!
Posted by Mean Dean at 9:51 AM