Huge update of some great wine!

My wife and I recently returned from a short 5 day cruise to Alaska. Scenery was gorgeous and the high-end restaurants on the Princess ship were truly amazing. The buffet absolutely sucked, but that's neither here nor there.

The best thing about the specialty restaurants was the wine. We didn't know what kind of wine list they would have so we brought 6 bottles of our own, but we didn't need to. At the Italian restaurant on our first night, we had these two beautiful wines: 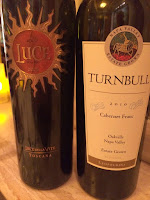 The one on the right came from our cellar, my wife's favorite Cabernet Franc. I've previously reviewed it here.

The other wine was a first for us. Oh goodness it won't be the last.

Red berries, blackberry, vanilla, chocolate and licorice will all envelope and delight the nose. Full bodied, intense, and oh so smooth. Simply one of the best red wines we have ever experienced. 96.


If I'm not mistaken I can find this wine in our local government liquor stores for abour $100, so paying $105 in a restaurant (even in USD) is quite good. But that was far from the best deal we found.

Last year on our Napa trip, we picked up a bottle of 2010 Opus One. If memory serves, we paid about $225 for it, and not long after that they raised the price to around $260. On their website, they are currently selling their 2011 vintage for $340.

It was actually our intention to open it at the Cajun steakhouse on board, but my wife wasn't feeling up to it so we took it home and put it into our cellar. 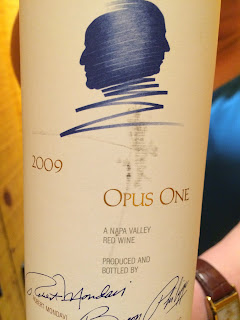 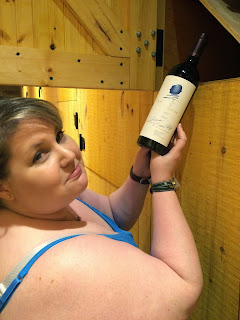 The wine going into the cellar. Good bye, dear dear friend. We'll see you in a few years.

As I type this, I can't figure out why we only bought one bottle!

Anyway, we have enjoyed lots more good wine before and since the cruise, so here are some more reviews! 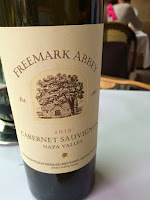 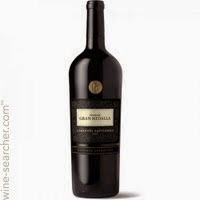 The first Cab Sauv I have ever tasted from Argentina, and it won't be the last. Plum, vanilla and blackberry on the nose. Cassis, blackberry, cloves and herbs on the palate. Very nice and an excellent buy at this price. 90.

Blackcurrant, forest floor and violets on the nose. Blackberries and a touch of spice on the palate. Finishes long. 90. 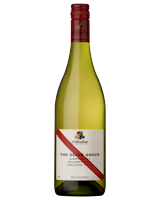 White flowers, nectarines and tropical fruit on the nose. Nutty and fruity on the palate and on the finish. 89. 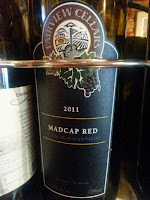 Hints of cherry, plum and licorice on the nose and palate. Some cocoa on the long finish. 88.

Lots of strawberry and a bit of pink grapefruit. Refreshing and fruity. Dry, but not too dry. 90.

Fragrant and peppery nose. Shows the characteristics you might expect from a 14 year old wine; some hints of smoked meat, vanilla and spice. It's not easy to find a wine this good and this old for under $40, but this is available today at several Liberty Wines locations around Vancouver. A traditional French GSM (Grenache, Syrah, Mouvedre) 90.

Was named the "Best wine of 2013" from Decanter magazine.

Rich and intense notes of plum, black cherry, tobacco and spice. Well balanced acidity and a super long finish. If you are a fan of aged tempranillo, RUN out and go get some. Easy to find in most BC Liquor stores. Fabulous. 93.


Well that's it for today, that doesn't completely catch me up but it's pretty close. More to come!
Posted by Mean Dean at 2:45 PM